“Gun violence is a women’s issue,” begins editorial director Grace Aneiza Ali’s introduction to the latest issue of her magazine Of Note. Grace goes on to explain that while ‘gun culture’ in America is dominated by men, it’s women who bear the brunt of gun violence:

Yet the silence and stigmas that blanket most of our country’s gender inequalities continue to hamper efforts to combat the gun violence that hurts women most.

“The 10 multidisciplinary women artists in Of Note‘s ‘The Gun Issue’ engage the gun as an art object in their artistic practices,” Grace continues. “In doing so, they confront the infiltration of guns in our day-to-day lives.”

It would be tough to think of a more vital and urgent topic to write or read about. Couple that with the fact that I have long been a huge fan of Grace’s, and you can imagine my excitement when she asked if I would interview one of those 10 artists and contribute a story to Of Note‘s Gun Issue.

While I would have been eager to speak with any of them (you can see they’re all spectacular), I wound up feeling especially lucky to have been paired with Jessica Fenlon, a brave, articulate, and intuitive poet and visual artist, currently based in Milwaukee. Jessica uses a process she calls “glitch sabotage” to visually break images of guns in an effort to neutralize their danger. As she said it:

“There’s a feeling of power, of control, in that moment of, ‘Here’s this thing that kills all these people, and I’m just going to break a bunch of them!’”

Jessica went on to say a lot more interesting things as we talked—but please don’t take my word for it. If you’re interested in art, guns, women, technology, reading, thinking, and/or Pittsburgh, I hope you’ll check the story out when you have time for a sit-down read. Extra credit if you drop me a line to let me know what you thought. 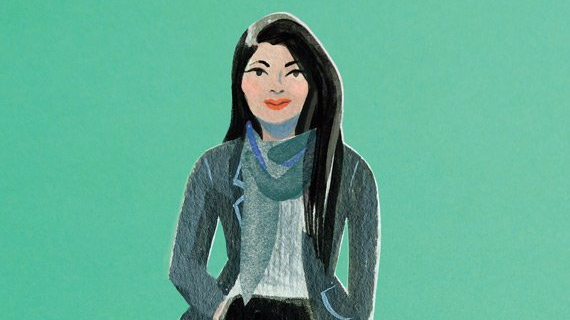 …I want to use it to help people.”

Thus spake one of the stellar Sarah Lawrence College students and recent graduates I spoke with for a feature called “Crafting Careers” in the spring issue of the college’s magazine.

Other highlights include the basketball MVP who volunteered with a domestic violence-combatting nonprofit; the human resources analyst who started college as a poet, then got into film and TV writing before finding his career groove in HR; and the unlikely management advisor who landed her gig by recalling what she’d learned in college psychology classes.

Read more about these fabulous young people who are making their mark in a host of industries, and restore some of your faith in humanity!

In the thrill-a-minute world of freelance writing (I am only half joking there), clients can come and go as unexpectedly as the Red Bull van that pulls up beside the park and starts handing out free energy drinks. (Or am I the only one who’s witnessed that?)

Have you seen me?

This unpredictable ebb and flow can of course be a source of consternation for freelancers, but on balance over the past two-plus years, I’ve found it to be mostly energizing—as well as a good way to practice living in the moment: it’s unwise to become attached to even one’s most cherished clients, as you never know when they might, I don’t know, move to Canada and change their whole business model, or decide that you’ve been so helpful that they now want to hire a full-time person to do what you’ve been doing for them freelance. (Both of those things did indeed happen to me this year.)

While I’ve learned to feel less disappointment when great clients depart, I still feel untempered enthusiasm when they arrive—or, in the cases below, when they re-arrive! (Shoutout to my James Joyce people: both of these clients rearrive[d] from North Armorica. If that means what I think it does, which is debatable.)

Here’s a hearty “hello again!” to: 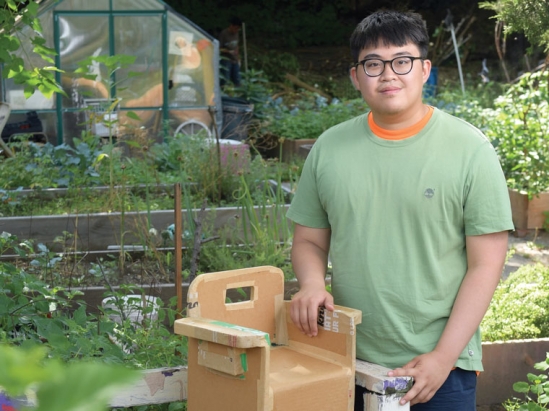 SLC student Tenn Joe Lim: “These gardens have taught me about the agency we all have within communal spaces.”

I’ve been working in different capacities with the terrific people at this singular institution since fall 2014 (and boy is my brain getting a workout). Last month, they brought me on as Assistant Editor of their terrific magazine, Sarah Lawrence. I’m super-psyched to keep writing stories for them (like this profile of a student who’s teaching kids in a local community garden), as well as learn more about the inner workings of such a venerable publication. 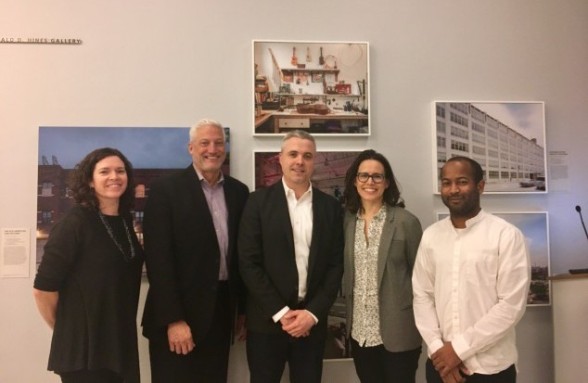 I met this workplace design consultancy’s ingenious founder Melissa Marsh at the Wood at Work conference last year, and helped her with some one-off writing projects this year. Recently, she’s decided to step up her company’s editorial game and has been showing me the PLASTARC ropes: their monthly newsletter, thoughtful event summaries, and the many guest contributions they make to industry publications. One of my fun gigs this fall was reporting on a public program called, “I Love This Place! Social Research-Driven Design.”

I’m very happy to be embarking on a new year with these two terrific new-ish clients. While I might find the lyrics to some Ratt songs as obscure as lines from Ulysses, I think I know what they mean when they sing:

Although I didn’t attend Sarah Lawrence College, I’m always pleased when people see my byline in their terrific magazine and think I did.

Sarah Lawrence comes out twice a year. It covers all the usual alumni magazine stuff like updates about goings-on at the school and news from notable alums, but blows most other alma mater publications out of the water with its commitment to producing a score of thoughtful stories about fascinating people, places, and projects in every issue.

Take this sampling from their most recent edition, themed “Finding Courage”:

(In addition to presenting you with these opportunities for top-notch reading, I would be remiss if I didn’t shout out the aforementioned chef’s supper club by name. The Tiffin Club pops up periodically with inventive menus, bodacious wine pairings, and excellent camaraderie. Worth your time!)

My hearty thanks to Sarah Lawrence‘s smart and gracious editors, who are wonderful to work with and who somehow keep inviting me back to write stuff. Coming this fall, an interview with a Davis Projects for Peace winner who’s making cardboard furniture with inner city kids!

I first became acquainted with the righteous, personable, accomplished (and stylish!) Grace Aneiza Ali when she wrote a guest post for the blog Idealists in Action, which I was co-editing at the time with one of the great platonic loves of my life, Celeste Hamilton Dennis.

To put my introduction to Grace in context, I should begin by saying, perhaps quizzically, that I don’t read too awfully much on the internet. I mean read-read. For sure, I look at the news, I peruse my neighborhood listserv, and I click over when I see an acquaintance has a new job. But—though it’s not a point of pride—after staring at the screen all day in the service of most of my work and life tasks, I don’t usually feel I have the energy to sit down with it for even longer when I actually want to read. (For this, I turn to paper books and magazines.) The loss is all mine, I know!

But occasionally, something does first catch my eye, then keep my attention, then resonate with me enough afterward that I keep a link to it in my “favorites” doc, look for ways to share it, and sometimes even read it again. Grace’s story for Idealist, “Do we miscast rural communities as places to leave behind?” was one such piece.

Grace caught my eye again a while later when I saw her in the New York Times‘ Sunday Routine, and then a third time (the charm?) just last week in NYC. The occasion was the event The Art of the Burqa, produced by the art-meets-activism magazine Grace founded, OF NOTE, and hosted by Pen + Brush (“the only international nonprofit organization offering an outlet for women in both the literary and visual arts in the city of New York”) with help from the Afghan Women’s Writing Project.

Through the fortitude of their mutual awesomeness, Grace and Celeste have stayed in touch since the Idealist days, and Celeste recently became Editor of OF NOTE, which was pretty thrilling news for me. (And here I’d been thinking that ’90s Hillary and Bill were the world’s most iconic two-for-the-price-of-one!) Naturally, I high-tailed it to Gramercy/Flatiron for the event, and spent the afternoon feeling more enlightened by the minute.

Highlights for me included the conversation between Suzanne Russell—an extremely badass lawyer, writer, and visual artist—and Afghan artist Hangama Amiri about the latter’s portrait series that features her burqa-clad mother inhabiting a variety of indoor and outdoor spaces; and the multimedia artist, educator, and writer Gia Harewood on the artist Behnaz Babazadeh’s Burkaphilia project—especially this wild video. But all the afternoon’s segments went a good distance toward illuminating the meanings and impacts of this iconic garment that extend far beyond the cloth itself and the body it covers.

It’s hard to picture a better event than one that combines a visit with beloved friends and mentors and a timely and affecting program—all in a beautiful space with a rapt audience. So my hat’s off to all of you! I look forward to only more greatness.